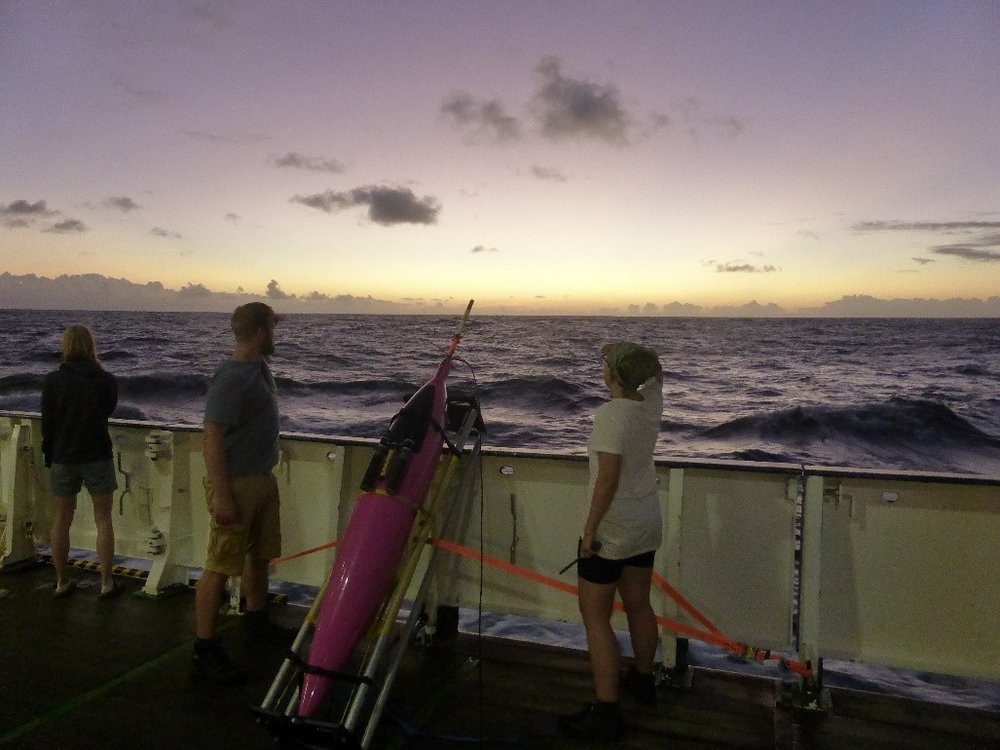 The 23rd January 2020 proved to be a rather eventful day for the University of East Anglia (UEA) team on the R/V Meteor. After delays due to rough weather and equipment difficulties, we were able to successfully launch two Seagliders.

For any readers not familiar with Seagliders, they are buoyancy powered autonomous underwater vehicles, capable of profiling the ocean down to 1000m (pictured here with Callum Rollo and I on the R/V Meteor).

A Seaglider works by pumping oil to and from an external bladder to sink and surface, as well as rotating the battery inside to enable it to steer from left to right. Whilst there are no external moving parts, there are a variety of sensors which we had to be extremely careful not to damage during deployment.

The crew of the R/V Meteor were fantastic in supporting us to safely release the Seagliders. This involved deploying a small boat from the R/V Meteor with one Seaglider at a time and carefully lowering each glider into the water. We breathed a sigh of relief as we watched our 2nd Seaglider sink below the waves to begin its mission.

Meanwhile back on Barbados, UEA worked in conjunction with AutoNaut Ltd. and the Barbados Coast Guard to deploy the other half of our autonomous fleet – an AutoNaut capable of transporting a Seaglider below it. UEA’s AutoNaut is a wave powered 5m long surface vessel capable of collecting oceanographic and meteorological measurements. The hope is that she will reach our location in the next few days, where we will deploy the Seaglider from below her. 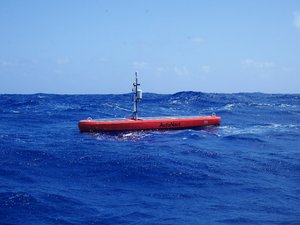 Once united, our autonomous fleet will patrol a 10 x 10 km square, investigating a range of phenomena from ocean microstructure to air-sea interactions. My focus within this mission, is to deduce heat fluxes between the atmosphere and ocean, giving a better understanding of the heat budget around Barbados and feeding this in to future climate models.

For now, it’s up to the team back home to run the show until we recover the equipment in a few weeks’ time.

For more information on the progress of the Seagliders, take a look at ueaglider.uea.ac.uk/DIVES/index.php